Affirmations are Statements of Faith 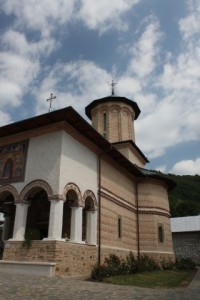 Some Christians believe that affirmations that people set in front of them and meditate on are new age concepts that Christians should not participate in using them. This however cannot be further from the truth. The Bible tells us to meditate on scriptures. Scriptures which are statements of truth. That is all that an affirmation is, a statement of what we believe should be true. An affirmation directly out of the Bible that individuals who are sick should read is from Isaiah 53:5: “by his stripes we are healed.”

Affirmations Are More Effective if Backed Up with Action

Faith if it has not works is dead being alone. Yes, a man may say you have faith, and I have works; show me your faith without your works, and I will show you my faith by my works. James 2: 17&18

I have read studies that state that affirmations on their own do little to change an individual’s behavior. I know that is true with me. If I read an affirmation, if I do not really believe it, I cannot make myself read affirmations until I believe what I am reading. No matter how loud or how many times I read the affirmation, there’s still that little voice in my head that says that there is no substance to the affirmation.

Other studies, however, say that when affirmations are most effective when backed up by actions. Actions give affirmations are given substance. For instance, since the beginning of the year, every day,  I have been putting action to this affirmation. I wrote out the affirmation card (organization). I cleaned my closet (organization). I wrote a Bubblew for every day so far this year (production). This is my third Blog for this year (production). I have worked on the final edit of my newest book A Coward’s Solace. I write down all the action that I have done so that I can visualize what I have already done. This also adds substance to the affirmation.

Jerry Seinfeld said that when he was writing jokes, he would write so many jokes per day. As soon as he had written that many jokes that day, he would put an “X” on his calendar. Once the “X” was on the calendar, he determined that he would then be done for the day. He knew that it was more important to write jokes every day than it was to spend a lot of time on one day writing his jokes. When he looked at his calendar, he knew that the streak of “X”‘s on his calendar indicated that he was being productive and was making progress. He would get bummed if he had to start over because he broke his winning streak.

I have a couple of .projects that I too am using streaks to move ahead. One way that I am using this method is in learning the Spanish language. I am using Duolingo as the program that I am using because for one it is free and  two it is easy for me to use. I don’t have to do anything accept do one ten point lesson per day and I have a streak some days I do more, but all I require myself to do is one lesson per day. To this date, my winning streak is 33 days. For more information about this program, check out my article Learn a Language for Free.

The other way that I use it is for keeping track of the days that I am working on current work in progress in The Locket Sage Book 3: A Coward’s Solace. I have to admit, I have not been as successful with this because my streak is currently only 3 days long.

A Journey of a Thousand Miles Begins with a Single Step

As was stated earlier, it is not as important to do a lot every day as much as it is important to do at least a little every day. By focusing on the affirmations and the consistent daily action, My goal this month of being organized and productive is being realized. It is not even as difficult as I thought it would be. It really does take a goal and the determination and faith to do the work required to make the goal a reality.