The same is true with personal or natural disasters that happen to us. A few years ago, we had an ice storm and we were without electricity for ten days. Although I had been somewhat prepared for the event, it went on longer than I had anticipated so I learned what I needed to do in the event that such a disaster happened again. This happened in winter. If this had happened during the summer, I would have had to adjust my plans to the season.

We don’t have to personally face disasters before we start preparing to lessen a disaster’s effects. We can prepare for disasters ahead of time by imagining what could happen and begin to prepare for them. About a year ago I was talking with my husband about something that we didn’t quite agree on. I really don’t remember the topic of conversation, but the next thing I knew, he had me up against the wall and he was choking me. As I stood there praying for my next breath, I realized that I had to get away from him permanently. If I didn’t, I would be dead. He would be in jail, and our daughter would be in foster care. Not what I wanted for any of us. Therefore, I had to make plans for myself and quickly.

Protecting Myself Against Potential Disasters

Since that personal disaster, my personal life has changed for the better. I am independent and working on providing a more secure life for myself.

For instance,  I did was that I determined that I had to have a regular form of cash flow for living expenses. I have a regular job that I work for twelve hours on Fridays, Saturdays, and Sundays so that I have four days off during the week. This prevents the disaster of not having any cash flow and it allows me time to write all day for four days a week if I want. I am also working on my writing business and developing that so that if something were to happen to the regular job, I would still have writing to fall back on.

I now own a travel trailer and a small truck (outright). Rather than getting excessive amounts of comprehensive insurance, I am going to put more money into savings. If I have to, I want to be able to replace either with what I currently have in the bank. If the forest near the trailer catch fire, The trailer is on wheels so I can move it if I have to.

If for some reason I need more money than what I currently have in the bank, I am working on building my credit. I have a credit card and if I have an emergency in which I need a larger amount of cash, I will have money available. I am not however allowing myself the luxury of keeping a balance on my card. i pay it off every month. If for some reason I am not able to do that, I will focus on paying it off as quickly as humanly possible.

These are just a few ways that I am preparing for potential disasters that I might face. Other disasters I am not likely to have to deal with. For instance, because my home is up on a hill, I will not be facing the possibility that in that location, my home will be flooded out. Nor is it on a hillside (It is at the top) so my home will not be subject to landslide either. Because the house can be moved, I am not likely to lose it to forest fire, but a house fire is still currently a possibility that I will probably have to further minimize.

During the next few months, I will  continue to examine the possibilities of disasters happening as I prepare to move further on my life’s journey. In the process, I will work to figure out how I can lessen their effects. 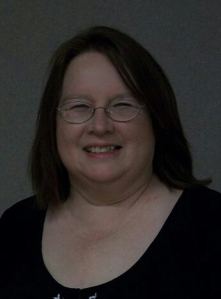