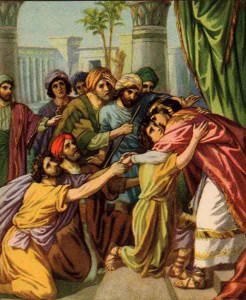 During our first week of this series, we learned that bad things happened to Adam because of his own sin. His own sin separated him from God. If you haven’t yet read this, read When God Seems to Turn His Head, Adam’s Story https://1authorcygnetbrown.wordpress.com/2016/07/06/when-god-seems-to-turn-away-adams-story/ The next week, we learned from Noah’s experience that sometimes God’s wrath is what causes bad things to happen to us.  However, his wrath never comes before he patiently allows us to repent. Check out when God Seems to Turn his Head-Noah. https://1authorcygnetbrown.wordpress.com/2016/07/13/when-god-seems-to-turn-his-head-noah/ Last week from Abraham, we learned that bad things sometimes happen to us because we don’t wait on God’s timing. We try to help God by doing things ourselves and having Ishmaels around to remind us of our impatience. If yyou haven’t read it yet read last week’s post here.. What Happens When We Try to Help God with his Plans https://1authorcygnetbrown.wordpress.com/2016/07/13/when-god-seems-to-turn-his-head-noah/

In other cases, bad things happen to us because of what people do. Joseph had a promise from God. He was his father’s favorite son from his favorite wife. Joseph was a dreamer who had several visions that his family would bow to him. He made certain that everyone knew about his dream. This made everyone angry with him including his father. His brothers became so jealous of him that they sold him into slavery. Joseph was a good honest man. His master, Potiphar put him in a place of authority in his home. Potiphar’s wife wanted to sleep with Joseph, but Joseph respected his master too much and refused. Potiphar’s wife was so angry with his refusal that she lied to her husband and accused Joseph of making a pass at her.

Potiphar sent Joseph to prison. The king’s butler and baker went to prison and they had dreams. Joseph correctly interpreted their dreams. One was punished with death while the other returned to his position in the king’s house. He forgot about Joseph’s interpretation of his dream until the king started having dreams and he told the king about how Joseph could interpret dreams. When Joseph interpreted the king’s dream, the king made Joseph his number two man. There were seven years of prosperity just as Joseph had said. Then during the seven predicted years of drought and famine, Joseph’s family came back into the picture because they needed the king’s grain to survive. When Joseph’s brothers discovered that Joseph was still alive, they were frightened. Rather than being vindictive, Joseph told them that what they had meant for evil, God made for good. He told his brothers, “What you have meant for evil, God has destined for the good.

In Romans 8:28 it says, “All things work to the good of those who love the Lord who are called according to his purpose.”

Joseph realized that God had a purpose for his life. He knew that no matter what happened to him God would live up to his promises because Joseph knew God had a plan for his life and all that he was going through had something to do with that plan. Learn God’s purpose for your life by asking God to reveal that purpose to you and do it. Remember, that as long as you are still breathing, your purpose is not yet fulfilled on this earth. Have faith in the fact that God always has reasons for delaying his promises. Trust him. He has everything under control. 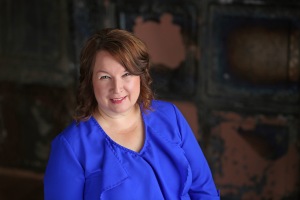 .For more information about Cygnet Brown and buy her books, check out her website at http://www.cygnetbrow.com