Is Your Year on Track? 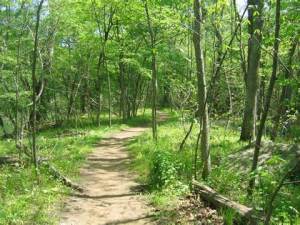 I am certainly trying to keep mine on track! Can you believe that three-fourths of the year has already passed? Have you done three-fourths of everything that you wanted to get done this year or are you behind? As far as my writing schedule goes, I am still on track for getting what I intend to finish by the end of this year. However, regarding my business and book marketing, I am not where I want to be right now. I have improved since the beginning of the year on almost every level.

Now here it is already the second week in October. This week I start a new part-time job. In addition to substitute teaching, I am part of an afterschool tutoring program for elementary children. I could put my writing goals aside to spend all my time into teaching, but I am not going to do that. Instead I am going to see how much I actually can get done in the time I have left.

In November NaNoWriMo starts again. If you don’t know what NaNoWriMo is, it is National Novel Writing Month. It is a month long event that occurs every year where storytellers write down the first fifty-thousand word first draft of their first or next novel in just thirty days. This year will be my ninth year and I intend to win again. (Everyone is a winner who writes the 50K)  If you too have ever thought of writing a novel, participating in NaNoWriMo is a fantastic way to make amazing progress in a single month by finishing the first draft.

Though there are a lot of people who start their novel from scratch on the first day of November, I personally like to do some prewriting in October in preparation for getting the actual event in November. The two most important aspects of the novel writing include developing characters and the plot. Although I think that it is important to develop realistic characters, I like to start with a basic plot with which to give those characters something to do.

Do you know that all plots fall under seven universal story lines? These universal story lines include: overcoming the monster, rags to riches, the quest, the voyage, comedy, tragedy, and rebirth. Every story line you could imagine falls into one of these seven categories. If you can’t think of a plot, examine these story lines and take your imagination and run with it.

Hero learns of a great evil threatening the land, and sets out to destroy it. Many war stories, apocalyptic stories, or political thrillers fall into this category.

Surrounded by dark forces who suppress and ridicule him, the Hero slowly blossoms into a mature figure who ultimately gets riches, a kingdom, and the perfect mate. Oliver Twist and The Prince and The Pauper are rags to riches stories.

Hero learns of a great MacGuffin (a motivating element in a story that is used to drive the plot. It serves no further purpose) that he desperately wants or needs to find, and sets out to find it, often with companions. Go no further than the Lord of the Rings Trilogy to understand this universal story line.

The Voyage and Return

Hero heads off into a magic land with crazy rules, ultimately triumphs over the madness and returns home far more mature than when he set out. The Odyssey would be an example.

Hero and Heroine are destined to get together, but a dark force is preventing them from doing so; the story conspires to make the dark force repent, and suddenly the Hero and Heroine are free to get together. This is part of a cascade of effects that shows everyone for who they really are, and allows two or more other relationships to correctly form. Every romance novel ever written falls into this category.

The flip side of the Overcoming the Monster plot. Our protagonist character is the Villain, but we get to watch him slowly spiral down into darkness before he’s finally defeated, freeing the land from his evil influence. Macbeth and Lady Macbeth are examples.

As with the Tragedy plot, but our protagonist manages to realize his error before it’s too late, and does a 180 degree turn to avoid inevitable defeat Think of a character like Scrooge in A Christmas Carol or The Ginch in How the Ginch Stole Christmas.

Not Sure Which Universal Plot to Use?

There’s a good chance that you have either a plot idea that you want to use or you have started to develop a couple of characters and a setting. You might already see which universal story line you want to use. However, perhaps you don’t. There’s nothing to keep you from playing around with several different story lines.

As I am reading this, I realize that with The Locket Saga series, I could fall into a predictable pattern of using just one or two of these story lines. However, as I look over the list, I see several different ideas that I could use to create some variety. I hope you do too as you consider your first or next work of fiction.