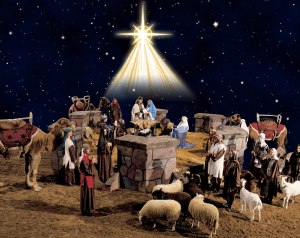 How is Christmas shaping up for you this year? When we think about Christmas, we think about all of the gifts that we have to buy, the decorating, taking children to visit Santa, Christmas programs and getting together with family and friends to enjoy time together. Even among believers, people offer the babe in the manger a slight nod as we continue with our busy schedules.

In churches, the birth of Jesus is limited to a few carols, and a pageant displaying the story where angels, shepherds, animals, and three wise men all converge on the infant. The story sadly stops there with everyone kneeling to worship the young child.

At the same time, every year, this same peaceful manger scene is fought against in courts all over the country. What kind of power could this scene have that it causes some to be drawn to it, and at the same time causes others to be repelled, and yet the majority dismiss so easily?

The Angels, shepherds, the wise men knew what others do not understand. They knew that this event demonstrated that God loved them enough to give his best to his creation. 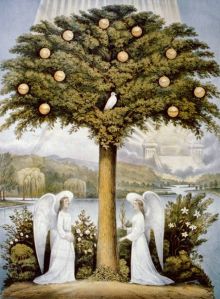 This story did not begin at the manger. We learn in the Bible in the book of Genesis that God created the heavens and the earth. We learn that in six days he created everything that is on the earth. His greatest creation, mankind, was made in God’s own image.

Then mankind turned his back on God and decided to do things his own way. They thought that they could live up to God’s standard without him or that they could somehow win God’s approval through their actions. This misunderstanding of truth continues today.

There are times when we realize that we need God, but for some reason we think that we can fix our own problems or that we have to do something in our own efforts, but that isn’t God’s way. God wants us to need him and his ways. He wants the best for each of us and this is why he chose to give us Jesus who was not only made in his image, but was literally a chip off the old block.

This story did not end at the manger, either. After the angels went back to heaven, the shepherds and animals went back to their fields and the wise men returned to their countries, Jesus lived his life here on earth by giving in the same manner that his father had given him. He gave health to sick and life to the dead. He made the blind to see and deaf to hear. He then gave his own life on the cross so that he could also free us from sin. He never asks us to give up sin first, he became our sin instead. With that his life on earth was finished. All we have to do is believe in his resurrection, and share his gift with those around us.

Let’s Just All Agree to Get Along

During this Christmas season, let’s put aside our differences. Let’s share God’s gift of love with everyone we know, even people we don’t like. For the Love of God and for the rest of the year let’s forget about all of the fighting over religion and politics

Let’s give the gift of Peace on Earth, Good Will to Man!