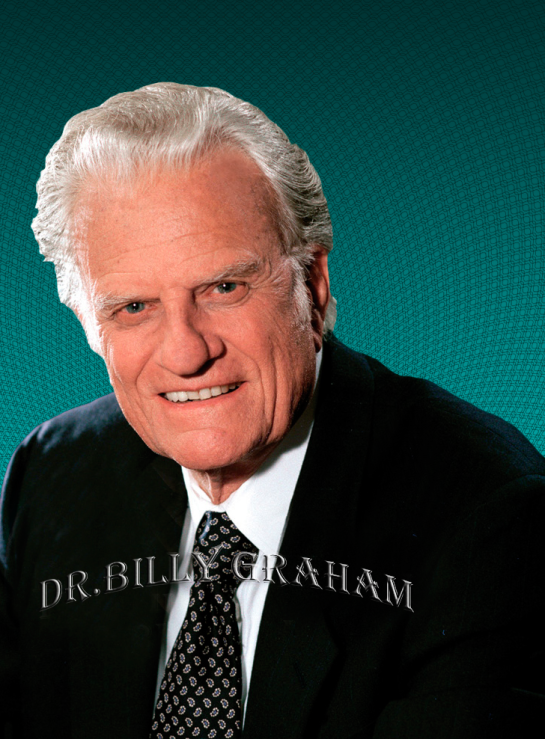 On February 21st, Billy Graham went on to be greeted by his maker in eternity.

It is funny how some blog posts just come to me. This is one of those. I don’t know what it is called exactly, but often I find that my attention is drawn to specific situations and had recently. Billy Graham’s passing was one of them. I had just watched an episode on the series The Crown where Billy Graham was having a crusade in Great Britain and was invited to visit Queen Elizabeth. In this episode was a scene where Elizabeth and her husband Phillip where Phillip said that he had been a Fuller Brush salesman.

At the same time, I started a new job in sales. Part of the reason was because I wanted to make more money, but another reason was so that I could personally become a better salesman. At the same time this story broke, I was in training for this new job this caused me to be particularly sensitive to Graham’s preaching style. It made me realize that Graham was Christ’s Closer. His style drew millions of people to the altar using many of the skills that made him a top salesman for Fuller Brush Company.

Before Billy Graham went out to each one of his prospects, he made sure that he had all the brushes neatly in his case as well as the necessary paperwork.
As an evangelist, the first thing that Billy Graham did was to prepare for his presentation. Back when he was traveling from one crusade to another, his team would go to the area and seek help from the local community in creating the backdrop. From the local population, his team brought in locals as ushers and to showcase local personnel.

In addition to creating a unique experience for his congregation, by using locals, he also had a team of word-of-mouth publicity announced throughout the area churches letting everyone know that he would be holding a crusade in his area. This word of mouth communication came from individuals who shared with those around them how they met Christ at one of Graham’s previous crusades.

He Was Passionate About His Offer

I am sure that when Billy Graham was selling Fuller Brushes that he truly believed in the brushes he sold. I am certain that he believed that every housewife needed the right tool for the right job and his brushes would make housework easier for housewives.

As a Fuller Brush Salesman, Graham would explain how the wrong tools made housework harder.
In his crusades, he would share statistics, he would share current events in which every person in the room could relate. He talked about the hopelessness of alcoholic, drug addiction, and loneliness.

In his Fuller Brush sales presentation, I would imagine that Graham told a lot of stories of other housewives who found success with Fuller brushes.
In his crusades, he not only told stories about how Christ had changed lives, he brought in guests who told how Christ changed their lives.

Sharing the Benefits and Grabbing the Heart-strings

To sell his brushes, he not only had to tell his prospects the features of the brushes, he had to share with them how each brush would affect the prospect individually. He would allow the customer to handle the brushes and allowed them to visualize how the brushes would make the drudgery of housekeeping easier.

In his crusades, he brought it all together, drawing out the feeling that showed each individual how awful their life without Christ was in a way that made them realize how hopeless their life was without Jesus, but he didn’t stop there, he let them know that Jesus was the only hope. He showed the benefits of a life with Christ. No more guilt, no more shame, peace, and happiness.

Going in for the Close

When Billy Graham saw that the moment was right, he took out his order forms and began filling out the sheet. He then took the orders for the brushes that the customer was ready to purchase.

At the crusade, once Graham had you by the heart, the choir started singing Just as I am. This is where Graham would draw you in for the close. He had opened your soul to realize that there was a void there that only Jesus Christ could fill. He then made the offer of eternal life through Jesus Christ. Hundreds, often thousands came forward and kneeled at the altar accepting Christ at the end of Graham’s presentation.

Although I am not a door to door salesperson nor am I any longer a preacher at a church, I am using similar techniques at my sales job. I have prepared for the day through training and mental preparation. When I get on a call, I first overcome my own resistance to my own fear of rejection. Then through story-telling and drawing on the heart strings, I paint a picture that makes customers want what I have to offer.

As a self-publisher, and book seller, I see that I need to use the same template for my own business. I am just starting a new phase in my publishing business where I am taking serious what Zig Zigler once said, “By helping others get what they want, I can be successful.”