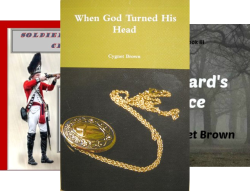 Last spring, I told about some of the ideas that I have for the new book that I will be working on during NaNoWriMo next month. Here is where I am now in the process of getting ready to write the first draft. This process will actually happen next month, but recently I started developing some of the aspects of the book.

One of the first things that I did was to start researching the period when this book takes place. One of the books that I used for this research is The History of Erie County written in 1884.

The Setting: The growing village of Erie, Pennsylvania during the War of 1812 as ships battle it out on the Great Lakes to determine who will be in control of the Great Lakes.

Earlier in the year I mentioned that I was thinking about the characters for this book. I have decided that the male antagonist needs to be Joseph McCray-the youngest son of Phillip McCray and Elizabeth Thorton McCray. In the story, I think Joseph will join the crew of the Brig Niagara and fights in the Naval battle during the War of 1812.

Joseph’s female love interest would be a girl named Amelia Robbison- A girl who lives in the fledgling town of Erie Pennsylvania.

I think in this book, I am going to give Joseph a run for his money. I am giving this book an antagonist named Clive Gibbons. He’ll be another young man vying for Amelia’s attention. He will be a militia soldier stationed at Fort Erie. What chance does Joseph have with Amelia when Clive is with her every day.

Meet Some of the Secondary Characters

Jonathan Mayford returns as a secondary character in this book. If you remember, he was a sailor during the Revolution, (He was the protagonist in Sailing Under the Black Flag) In 1812, he assists Perry in building the ships for the US Navy at the Erie ship yard.

Another character is Robert McCray, Jr. I picture him in the opening scene-Robert McCray and Judith McCray’s son-he sees the Indians coming. Will they be friend or foe? Robert was born in 1804. This would put him at about eight years old.

Another character is the Seneca Chief Cornplanter. If you remember, he made a cameo in The Locket Saga Book VI: The Anvil. In this book he will make another. Will he take the side of the British during this conflict as he did during the American Revolution? If so, what did it mean to the friendship between him and the settlers at the Concord settlement?

The Main Plot: The main plot, of course, revolves around a love story between Joseph and his love interest Amelia. It looks as if we have a love triangle going on this one with another young man Clive Gibbons. Will the story bring about a situation like happened in The Anvil with Robert where Lydia shunned him or will Joseph have better luck? Will Amelia get the heirloom locket?  Joseph is part of the naval battles on one of the American ships during the battle. Will Amelia turn to Clive’s affections while Joseph is out at sea?

Historical Events I Plan to Include

One of the big Naval heroes of the War of 1812 was Oliver Hazard Perry-real historical figure. When I was growing up, Dad used to take us to local museums that centered much around Perry’s Naval service. I look forward to reliving some of the experiences that I had back in my childhood.

In addition, the future ninth President of the United States, William Henry Harrison- went to Erie, where he met up with Perry at Erie and went on to Buffalo, NY. (Harrison would become the US President in 1841.)

I know that this isn’t about Book IX of the Locket Saga, but is about the first book: When God Turned His Head. Eventually I will include more YouTube videos and I know this one isn’t very good. However, it is a start. Please let me know what you think of this.