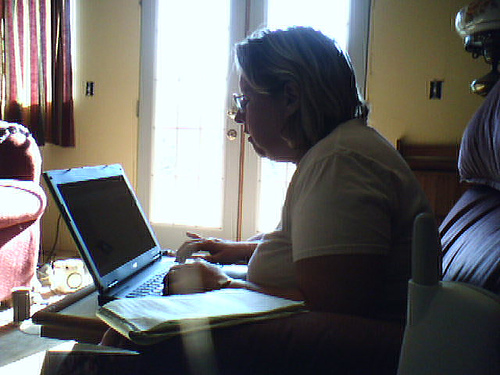 For the last several weeks we have been discussing the components of character sketches in general within a character bible. This week we are going to dig a little deeper into the most important characters in your story—the protagonist and the antagonist.

Something’s at stake for him, and the story revolves around his actions to resolve the problem(s) he faces.

But once a story begins, both your protagonist and antagonist have their lives interrupted by others or by events beyond their control. They’re pulled into a mission or quest or an adventure they hadn’t planned to have happen.

By the end of the story, their goals have changed.

Your protagonist now has new goals, goals that push and pull him through your story, that logically get him from scene to scene and meeting characters who either help or hinder him.

A protagonist is probably the easiest character to define because everything about the story revolves around this character, however, many beginning authors have difficulty creating good antagonists. That is why we are going to focus most of this blog on the antagonist.

The antagonist is the main character who stands between the protagonist and his way. This person is considered the villain but is not necessarily evil. This character’s goal is in direct conflict with the protagonist’s goal.

How to Create a Strong Antagonist

A strong antagonist is trying to accomplish something, something evil. In plot-driven novels an event triggers his or her actions. In character-driven novels this person might be trying to hurt the protagonist in some way.

The antagonist has personal desires. He might be a murderer, a greedy person, someone who enjoys violence or have a personal demon. He or she won’t just wake up one morning and decide to be evil for the fun of it. The antagonist wants something and is determined that his or her plan is the best course of action to get it. He may, however, simply be the protagonist’s rival.

The antagonist must be highly motivated to act. The more plausible you make these motivations, the deeper your villain. For character-driven novels, the antagonist might are motivated as intently as the protagonist is.

The antagonist might be trying to avoid something. He needs to have something at stake as well. Failure should mean more than just failing in the plan. Nasty consequences must exist.

There will be consequences if she doesn’t succeed. She might be the cautionary tale if the antagonist took a darker path or gave in to temptation. It is important that the antagonist has a good reason for his lofty goals. Being evil for the sake of evil risks having a paper doll villain that isn’t scary or interesting.

Don’t make your antagonist fall for the same old traps again and again. Better to have a strong villain who adapts his or her plan based on what the protagonist is doing. This forces the protagonist to grow, always staying one step ahead. In a character-driven novel, the protagonist might rationalize following a destructive path.

Give your antagonist positive traits as well as negative ones. This helps keep the villain from always acting as a villain, but as a more complex and understandable person. In addition, the antagonist must also be flawed in relatable ways. Human weakness is always something that readers can relate.

Readers relate to human weakness. If your antagonist has flaws that tap into the human side of her (even if she’s not human) then she becomes more real and readers can see her side of the story.

A good antagonist has secrets. He or she is afraid that people will find out certain things because the antagonist is up to no good. Sometimes exposing those secrets also expose weaknesses or flaws that she doesn’t want anyone else to see.

Many types of antagonists exist. Sometimes the antagonist starts out as a close ally. Characters who oppose your main character’s goals aren’t necessarily ‘bad’, yet they serve a primary function: Standing between another character and their destiny.

The malevolent villain is the villain from common fantasy genres, but are in many different stories. This antagonist has an appetite for destruction. However this type of villain has pitfalls because villains who are evil for evil’s sake often lack development and motivations that make characters believable.

To make these characters realistic, brainstorm reasons that this character would be evil.

Give them vulnerabilities or weaknesses. These don’t have to be emotional or physical. They could be strategic. For example, a villain who surrounds themselves with greedy henchmen is more vulnerable to betrayal if their supporters are easily swayed by material rewards

The ally-antagonist is an ally turned antagonist.

When writing an ally-antagonist, remember to Show the flaws in their personality that explain their behavior. Give them compelling motivations for their choices. Ally-antagonists add shades of grey in the ‘black and white’ of ‘good vs evil’. They show us how easily people can take destructive paths that result in negative outcomes. Some also refer to this type of antagonist as a ‘hero antagonist’ since they may be motivated by noble ideals. The nobility or virtue of this underlying wish makes his actions more tragic, since it appears his intentions are good.

The interfering authority figure stands between a primary character and his or her main goals.

An interfering authority figure is thus useful for creating challenges and complications that make life harder for your protagonist.

• This antagonist’s broader story role could be to show something about the nature of power and authority in your book’s society.

• The interfering authority antagonist can make selfish or value-driven choices that get in your protagonist’s way.

• A secondary antagonist could include authority antagonists like border patrol officers or power-drunk bureaucrats who delay characters.

The force of nature is one of the few types of antagonists that don’t need a clear motivation. This type of antagonist doesn’t have to have a character ARC or backstory explaining how they became corrupt You can vary this type of antagonist to create tension and unpredictability. In addition you can intensify the opposition. For instance, you can have an occasional surprise that is opposite. For instance, in Titanic, there was a fire on the ship that was sinking. Next, you’ll want to make the danger real. This will induce fear and repercussions. For the most tension and opposition, you’ll want this opponent to be at its worst self.

The inner saboteur is a story where the character’s main struggle is within himself. In this case the protagonist and the antagonist are the same person.

The danger of this type of antagonistic situation is that your character’s thoughts could dominate the narration, without much exchange with others.

If your character’s main opponent is his own self, remember to show destructive behavior in action. Think about the origins of their self-destructive choices. What motivated your character originally to embark on a path of self-destruction? You’ll also want to Include secondary antagonists who add external conflict to the mix

Many types of antagonists exist that bring gripping conflict and opposition to a story.

Whichever type you create, make sure to characterize each opponent with as much thought as you would your protagonist.