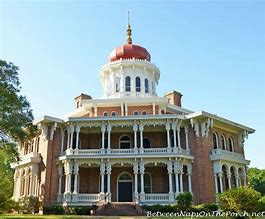 In my research for the Locket Saga, I have found numerous amazing historical accounts of African Americans in America’s early history. This month in honor of Black History Month, I want to share some of the accounts that I found from our history and how they relate to the Locket Saga series.
Up to this point in this Black History Month series, I have focused on characters that I already included in the books of The Locket Saga. This week’s focus is William T. Johnson, was a free African American barber of biracial parentage, who lived in Natchez, Mississippi. He will be a prominent character in a yet unwritten book in the series.

Johnson was born into slavery sometime in 1809. Because his owner was also named William Johnson, many historians believe that this man may have been his father. William Johnson, the elder, emancipated the young man in 1820. His mother, Amy, had been freed in 1814 and his sister Adelia in 1818. Johnson trained with his brother-in-law James Miller as a barber, and began working in Port Gibson, Mississippi. He returned to Natchez, where he became a successful entrepreneur with a barbershop, bath house, bookstore, and land holdings. Though a former slave, William Johnson went on to own sixteen slaves himself. He began a diary in 1835, which he continued through the remainder of his life. Also in 1835, he married Ann Battle, a free woman of color with a similar background to his. During the following years, they had eleven children. Johnson loaned money to many people, including the governor of Mississippi who had signed his emancipation papers.

Johnson was murdered June 17, 1851 after a boundary dispute, by a mixed-race neighbor named Baylor Winn, in front of Johnson’s son, a free black apprentice, and a slave. Winn was held in prison for two years and brought to trial twice. Johnson was such a well-respected businessman that the outrage over his murder caused the trial to be held in a neighboring town. In that town no one knew Winn, so they didn’t know that he was half-black. Since Mississippi law forbade blacks from testifying against whites in criminal cases, Winn’s defense was that he was half-white and half-Native American, making him white by law. The defense worked, none of the witnesses because of their color could testify, and Winn escaped conviction. 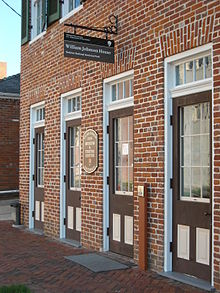 Johnson’s diary was rediscovered in 1938 and published in 1951. It reveals much of the daily life of a 19th-century Mississippi businessman, including the fact that he was himself later a slaveholder. His papers are archived at Louisiana State University. Through an act of Congress, the home of William Johnson became a part of the Natchez National Historical Park in 1990.