A number of years ago, back before I even joined the military, I was sitting in my room praying. I was asking the Lord about my future, and I heard a voice in my spirit. He said, “Your linea will be two-fold.”

I asked the voice if He meant blessings and He said, no, linea. I asked Him what is linea and He told me to look it up and I said I didn’t even know how to spell linea, so He then spelled out the word to me. I looked it up, but, of course I didn’t find that word in my dictionary.
I then asked my Dad what he thought the word meant (without telling him where I got the word, of course, he’d have thought I was crazy.) He said that he thought that it probably had something to do with lineage or perhaps line.
I thanked him for his answer and then went back to the dictionary. There, in the origin of the word line was the Latin root linea which literally meant linen thread. I thought I had an understanding concerning the meaning of the word two-fold meaning that it would be double.
My question then became what was the significance of linen in the Bible? I looked up the references to linen in the Bible and it was the material that priestly garments were made of. The signature verse relating to this for me as a Christian, however, was Revelation 19:8 which is “And to her (the Bride of Christ) was granted that she be arrayed in fine linen, clean and white for the fine linen is the righteousness of saints (believers).”

Where Do We Get Clothes of Righteousness?

What is the righteousness am I as a Christians clothed in? I don’t have righteousness in myself. The righteousness that I am clothed in is the righteousness of Christ. It says in Isaiah 64:6 that our righteousnesses are as filthy rags. However, the passage goes on to say that if we put ourselves in God’s hands, and allow ourselves to be molded by Him like clay in a potters hands, we become His people. In the New Testament, we learn in Acts 4:12 there is only one name (authority) that we can be saved (made whole) and that is in the authority of Jesus Christ.
I have recently revisited this prophecy that God gave me and have taken a closer look at the word two-fold. I looked it up in my Strong’s Concordance and discovered only one passage that talks about two- fold (Matthew 23:15) and it refers to how the Pharisees (hypocrites) made their followers worse than the children of hell. I knew that this was not the word that God had for me, so I looked at the word a little deeper. I learned that the word used in this verse was distomos which means two-edged and so I looked at the other verses that used this term two-edged and Hebrews 4:12 came to my attention. It says, “For the word of God is quick and powerful and sharper than any two-edged sword, piercing even to the dividing asunder of soul and spirit and of the joints and marrow and is a discerner of the thoughts and intents of the heart.” 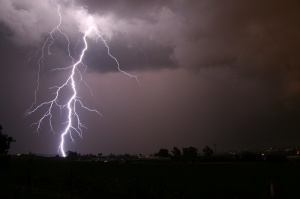 Times When God Spoke to Me Profoundly

The Linea (righteousness) that I wear is indeed has sharp edges that separate. It divides the truth from the fables. It divides the carnal (physical) from the spiritual. It divides belief from unbelief. The righteousness of Christ in me is pure and undefiled. May my walk through this life continue to reveal His Truth.